Meditation is a popular past time, mostly practiced by those who are looking to be more mindful and gain insight. However, meditation can and should be practiced by everyone! It is truly an easy and effective way to become healthier, happier, and more positive. Are you looking to feel better, look better, sleep better, and more? Then keep reading on and we’ll tell you the top 5 proven health benefits of meditation.

A good night’s rest can be useful in many different aspects of your health. When not getting enough rest, your body struggles to function at the high level it is used to. The good news is, meditation has been proven to improve several factors that help you get a better night’s sleep.

Practicing meditation has been shown to relax your body, release tension, and allow you to enter a peaceful state of mind. At night this can translate into less random thoughts floating around your head, too. Many times, we’ll find that we’re incredibly tried but the chatter in our mind won’t seem to stop. Meditation can help with that.

A study published in the Current Opinion in Pulmonary Medicine Journal found that people who meditate fall asleep faster and stay asleep longer.

“Mindfulness techniques have been shown to be well accepted by patients with long-lasting effects,” explained Dr. Martin Zeidler from The University of Sheffield. “Increasing evidence shows that mindfulness meditation can be successfully used for the treatment of insomnia with good patient acceptance and durable results,” he added.

There have been various studies that have concluded meditation can reduce negative thought patterns and overall negative thinking. A groundbreaking research study in 2017 focused on individuals that had been diagnosed with breast cancer. While all the groups involved received medical treatment for cancer, the study was concerned with how meditation or other mindfulness techniques improved patient health.

“High levels of evidence support the routine use of mind-body practices, such as yoga, meditation, relaxation techniques and passive music therapy to address common mental health concerns among breast cancer patients, including anxiety, stress, depression, and mood disturbances. Additionally, meditation has been shown to improve quality of life and physical functioning,” the researchers concluded.

Similar results were found in another study published in the medical journal Trends in Cognitive Sciences. Researchers found that acts found in meditation such as meta-awareness, perspective-taking, and cognitive reappraisal, and self-inquiry all contributed to the deconstruction and reconstruction of thought. To put this in simpler terms, being more aware of the negative thoughts allows you to steer yourself away from them and pursue more constructive avenues.

One of the main benefits of meditation is its ability to reduce stress. Before the true health benefits of meditation were uncovered, most research focused on its ability to reduce stress. For this reason, there are countless research articles published in medical journals showing this positive benefit alone. So, we’re going to give you the highlights of some of the most popular studies.

Meditation has been shown to improve emotional and mental health as a whole. Certain forms of meditation can lead to a better self-image and a more positive outlook on life. One study published in 2015 showed that patients having acute major depressive episodes and those with residual, chronic clinical symptoms despite initial treatment both benefit from meditation. Researchers concluded that the groups practicing meditation demonstrated moderate to large reductions in depression symptoms.

The same can also be said for anxiety. The Journal of Alternative and Complementary Medicine published a study in 2014 on the effects of meditation on anxiety. Researchers asked a group of participants to practice the technique of transcendental meditation. Compared with the control group who practiced no meditation at all, the ones who used meditation reduced anxiety levels by up to 50% or more.

“Overall, transcendental meditation practice is more effective than treatment as usual and most alternative treatments, with greatest effects observed in individuals with high anxiety,” the authors of the study concluded.

You may be surprised to find out that your perception of pain is directly connected to your state of mind. In fact, the intensity of pain increases when our levels of stress go up. When scientists first began to study this phenomenon, they gathered a large group of people who meditated frequently and had been doing it for many years. They found, compared to a control group, the participants who meditated showed a decreased level of chronic and intermittent pain.

Armed with this knowledge, researchers decided to look further into whether meditation could help mitigate pain. They gathered a large group of participants and split them into two groups. One group went through four days of mindfulness meditation training, while the other did not. The participants were then observed under an MRI while being exposed to different levels of pain. The ones who practiced mindfulness meditation showed increased activity in the brain centers known to control pain. As a result, they also reported less sensitivity to the pain than their counterparts.

Multiple studies have shown that when exposed to the same cause of pain, people who meditate often show a greater ability to cope with the pain and reported less pain overall than non-meditators.

The Health Benefits of Meditation are Exponential

While we have only covered the top 5 health benefits of meditation here, the list truly goes on and on. Meditation can help lower your blood pressure, increase compassion toward yourself and others, improves attentiveness and clarity of thinking, and much more. Try practicing meditation today! Just a couple of 10-15-minute sessions a week can really improve your overall health, happiness, and well-being.

You have Successfully Subscribed! 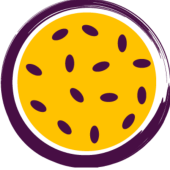 Yoga and Weight Loss: Is it Possible?

You have Successfully Subscribed!